Today is the 10th anniversary of receiving one of the more interesting letters from someone who wanted to purchase my book.  I have pasted the text below.

For Beltsville folks, Jim Ziepolt's letter will bring back a flood of memories.  The people and places he describes are all in the book -- which warms my heart.  He has included so much Beltsville history -- much of which I did not know.

He also attended the 2021 reunion a few weeks ago -- and it was so nice to visit with him and to have him remind me of his correspondence! 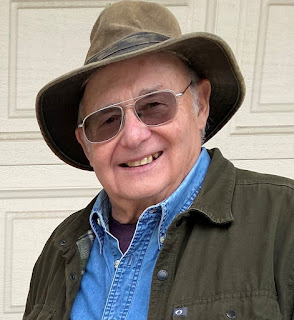 Thanks, Jim, for adding a memory to my book of memories!

For the 18th time in 19 years the Beltsville Shell faithful (and other friends) gathered for the 2021 reunion.

Emerging from the pandemic, and yearning to see long-time friends, 45 people gathered at Herman's Garage on Memorial Day weekend -- a new attendance record.

With us in spirit: Bonnie and Tom Hontz.

What had began so long ago as a few guys who shared the experience of working at Beltsville Shell back in the 1960's has evolved into a richer phenomenon. No longer a get-together for only "car guys", the reunions now include high school classmates, spouses, friends, and families.  And this year, we even had a visit from a Super-Hero!!

About noon people began arriving at Herman's Garage which lies within the grounds of the USDA Agricultural Research Center.  This quiet setting, among fields, woods, and Beaver Dam Creek, is an ideal location for our reunions.  The weather forecast for the Memorial Day weekend called for rain showers.  Everyone chose to ignore this small inconvenience and their smiles were sunshine enough for the day.  A few brave souls defied the Weather Gods and brought their collectible cars.

Malcolm Van Kirk brought his two-owner 1964 Corvette that he has owned since 1967! 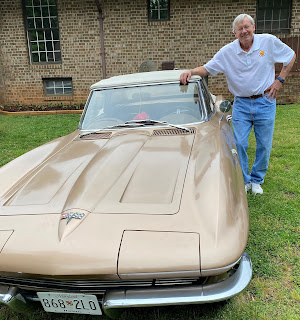 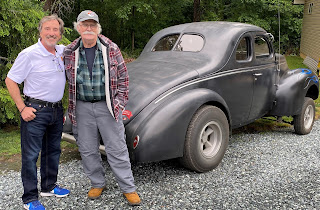 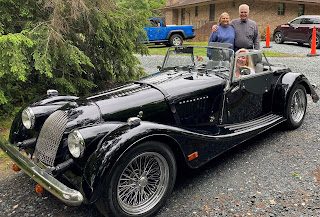 We had a nice turnout of newcomers this year and a few people who returned after not attending for many years -- it was great to see new faces and to renew lapsed friendships. Because our High Point High School Class of 1965 had to cancel our reunion in 2020, the BSYAWYD Reunion served as an excellent substitution. 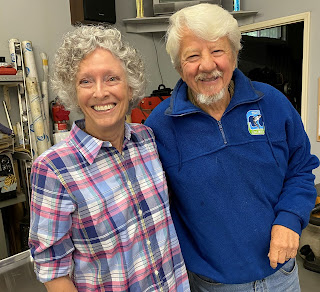 Lynn brought her Aunt, Sharon Nomikos, and her Father, Bradley Moore; they are pictured here with Jim Ziepold.  At 94 years young, Bradley has set the record for the most senior attendee of a BSYAWYD reunion! 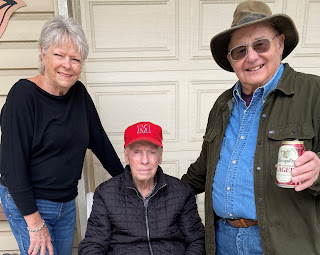 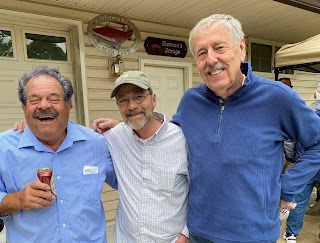 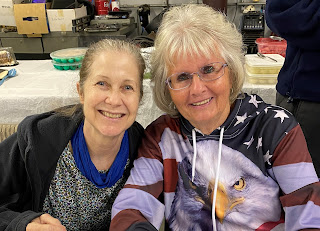 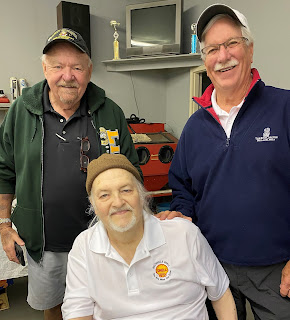 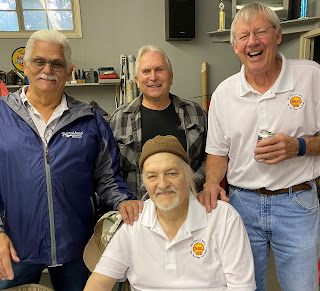 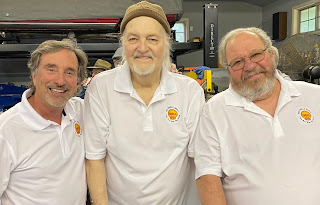 From noon to about 2PM there was plenty of socializing inside the garage while Herman and  Danny Sokolowski provided the Grill Master services.  Herman cooked up some delicious home-made french fries.  Tick Magnum brought a wonderful Beef Brisket.  There was no shortage of great food, as always! 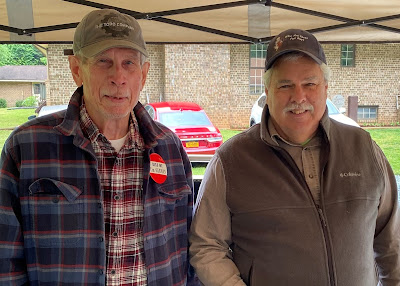 Everyone brings their favorite pot luck dish and the food filled two long tables inside the Garage.  We even had the traditional BSYAWYD cake! 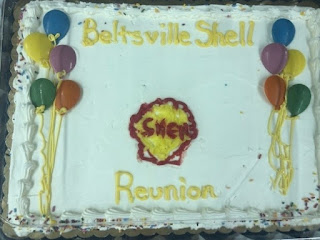 As soon as all of the food was displayed, Herman stood up to make a few announcements. Suddenly, a familiar Super-Hero appeared from out of nowhere -- The Green Hornet!  Bearing Beltsville memorabilia, and visiting us from his Fleur de Lys estate in the über-posh enclave of Holmby Hills, California, the Green Hornet wished us all a happy reunion. 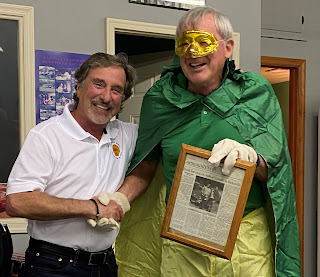 Herman thanked everyone for attending, especially those who came from as far away as California, Delaware, Kansas, Missouri, North Carolina, and Virginia.  He recognized Bradley Moore who, at age 94, has set the record as the most senior participant in these reunions!

For the next three hours the Garage was filled with sated appetites and joyous camaraderie.

Of all the venues we have used for the past two decades, Herman's Garage has been the location of choice.  This is the eleventh time that we have met here.

What makes this venue even more enjoyable is the way that Herman and his family jump in to make sure that every detail is perfect and everyone feels welcomed.  Here are Herman's daughters, Tammy and Lacey, without whom the reunions would not be possible. 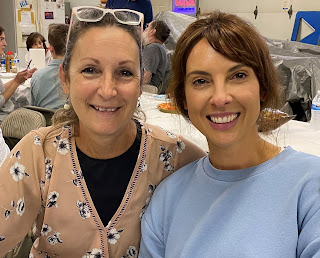 The reunions are a family affair, too.  Tammy and Lacey's husbands and children are part of the festivities.  From left to right Cody and Caden Beard, Steve Yokum, Lacey and Dresden Beard, Bonnie Williams, and Tammy Yokum. 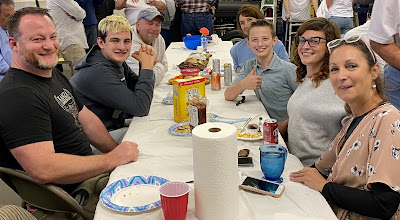 As the day winds down, and people reluctantly leave, I'm always torn between the extremes of delight and melancholy -- delighted to think how much these gatherings mean to so many people, while melancholy thinking about the season of our lives which evokes the unspoken fear that next time . . . . . .  well, you know what I mean.

Herman and I want to thank everyone who participated for coming out on a busy holiday weekend.  You made the day very special!