Every character in the book, Beltsville Shell: You Are What You Drive, was a well-known personal friend of the author.  Each one had a unique personality and an amazing car.  After all, you are what you drive!  (Taken together, these cars today would be worth more than $1 million!)

Here they are listed in alphabetical order: 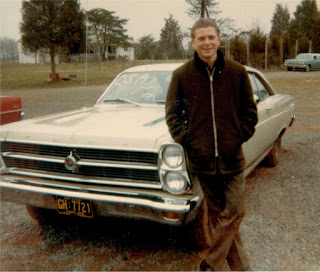 Clifford "Sonny" Boteler (Deceased) 1966 Corvette Roadster, 327 cu. in., Rally Red.  Sonny worked at his family's grocery store, Boteler and Sons.  Although he never worked at Beltsville Shell, Sonny was a regular visitor to the station, and would rendezvous with other guys at Beltsville Shell before cruising to the Mighty Mo.

Ralph Bull 1957 Chevrolet 2 Door Sedan, 327 cu. in., black.  Ralph was a few years younger than most of the Beltsville Shell regulars, but as soon as he purchased his 57 Chevy he fit right in with the crowd. He eventually worked part-time at the station, replacing some of the older guys, and bringing us a new perspective on cars, racing, and life.

Sharon Cox 1962 Corvette 327 cu. in. Fuel Injected (360 hp), Honduras Maroon and 1962 Corvair, 2 Door Coupe, 140 cu. in. (102 hp), Nassau blue.  Sharon is the person who introduced the author to Corvettes when he was just 15 years old when she arranged for a ride in Jim McEvoy's new Corvette.  It was a ride that changed the author's life forever!
Howard Ignatius "Nace" DeLauter 1962 Chevrolet Impala, 2 Door Hardtop, 327 cu. in., gold.  Nace considered Beltsville Shell his "home away from home".  Although he technically never was employed there, he spent lots of time helping out, fraternizing, keeping us all entertained, and encouraging mischief.
Dexter Drake 1966 Plymouth Satellite,  2 Door Hardtop, 383 cu. in. (325 hp), Dark Green. Like Nace, Dexter  considered Beltsville Shell his "home away from home".  Whether on nights or weekends, Dexter's appearance always meant good laughs and Budweiser beer.
Hugh Charles "Charlie" Hopkins Austin Healey, 2 Door Roadster, Ford 302 cu. in., Silver. Charlie was the main man at Beltsville Shell. He was a master mechanic and a skilled machinist. If Charlie liked you, you could count on him to help with any problems you had with your car.
Jeff "Brakes are for Sissies" Hughes  1962 Corvette Roadster, 427 cu. in. L88 (450 hp), Roman Red. At one time Jeff and the author had matching 1959 Corvettes.  A friend from Wheaton, Maryland, Jeff would drive around the Beltway to visit us at Beltsville Shell, frequently going to Sunnyside Avenue for speed contests.
Frank "Big Frank" Porto (Deceased) 1967 Chevelle 2 Door Hardtop, 396 cu. in (375hp), Mountain Green.  A resident of New York, Big Frank was a student and fraternity guy at Maryland U when he first stopped by Beltsville Shell for some work on his Chevelle.  He liked the people he met, and became a regular customer, and the first of us to have a professionally sponsored race car. After college, Big Frank settled in Beltsville and lived there the rest of his life.
Darryl Richards  1954 Ford Mainliner 2 Door Sedan 6 Cylinder.  Darryl was an employee at Boteler's Store while in High School earning about $21.00 per week.  Even on this meager salary he was able to amass enough money to buy his first car while still a high school student.  Darryl went on to become an officer in the Prince George's County Police Department and was the "Guardian Angel" of  Beltsville Shell.

Mike Tanguay (Deceased) 1965 Pontiac GTO  2 Door Hardtop, 389 cu. in. with "three deuces" (360 hp), Teal Turquoise.  Mike was a member of the High Point High School Class of 1965, and a regular customer of Beltsville Shell.  His family drove Rambler cars, but Mike graduated t the GTO right after graduating from high school.  In a real sense, Tanguay was the spark that resulted in the book Beltsville Shell.
Cary Thomas 1959 Corvette, 302 cu. in., Roman Red.  Cary worked at Beltsville Shell while attending Maryland U.  Memories that last a lifetime; friendships that will last forever!
John "PeeWee" Thompson (Deceased) 1958 Corvette, 327 cu. in., Cadillac Firemist Blue.  PeeWee attended trade school and graduate to a career in sheet metal fabrication.  He worked on many of the large Washington DC construction projects, visiting Beltsville Shell on nights and weekends.
at December 22, 2020
Email ThisBlogThis!Share to TwitterShare to FacebookShare to Pinterest