For the fourth BSYAWYD Reunion, we returned to the Green Turtle on a Friday night in October. Here is the photo that originally appeared on the Beltsville Shell book site: 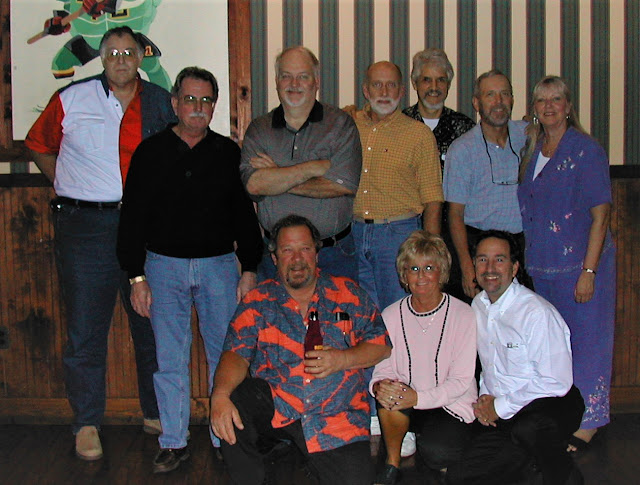 Here is an additional photo that included other attendees, Sarah (Judy to me) Wiley, my sister, Barbara, and the ever-smiling Lynn Garland! 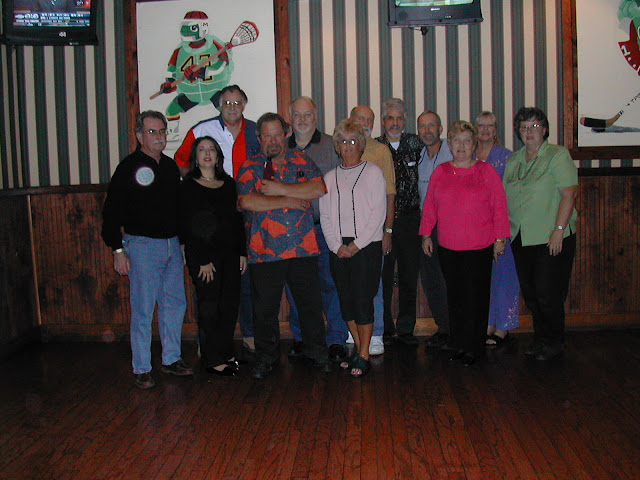 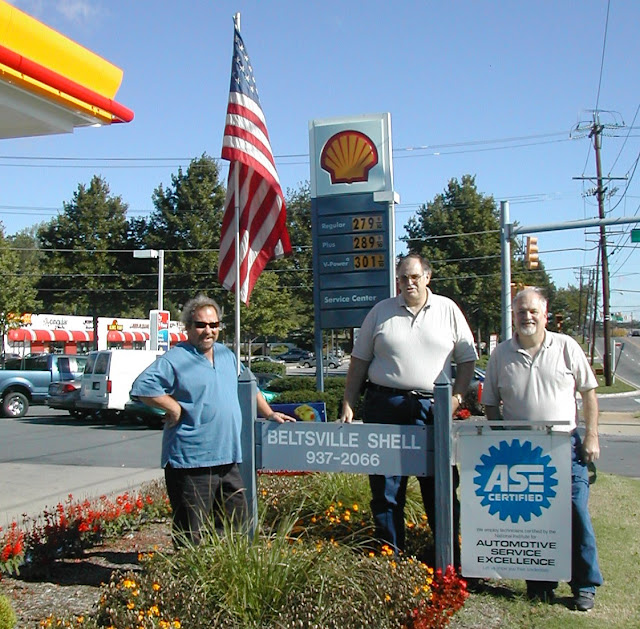 Next, we drove out to see Sam Powell at his house to see his turbo-charged Dodge Dart (slant six engine). Sam is on the far left. 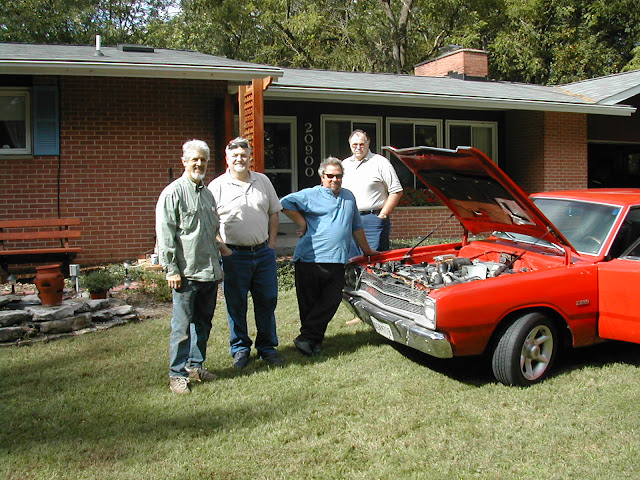 And we finished the day off with a visit to see Bill Goodwin and to experience his hot-rod US Mail Truck! Bill always has the coolest cars -- things that you wish you had thought of first! I got a ride in the Chevy-powered mail truck! 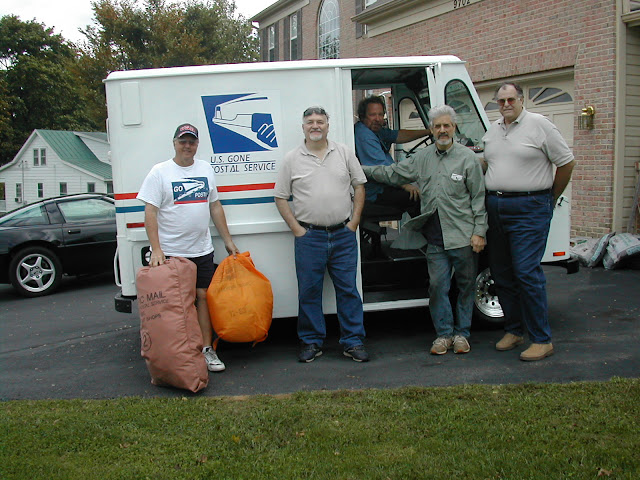