Today marks the 75th Birthday of one of my dearest child-hood friends -- John Roger Bradley.

John and I shared our teen years together in Beltsville -- he was my idol and best friend.  We did everything together -- hanging out after school drinking Cokes and eating Jiffy Time Pop Corn, eating softserve ice cream from Randy's Dari-Delight, building Go karts in his Dad's garage, going to teen club at the Beltsville Volunteer Fire Department on Friday afternoon -- everything. 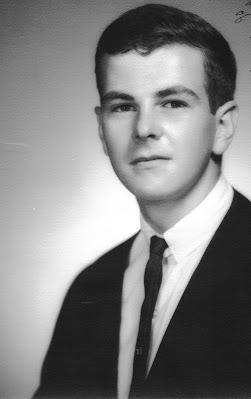 After I got a job at Beltsville Shell, and bought my first Corvette, John soon followed suit -- graduating from his 396 Chevelle to the baddest Corvette of that era -- the 1967 427-435 Stingray Roadster.  Like everything in John's life, it was the absolute best.  He nicknamed the car "Bad Bascom" and, damn, that car was a monster. 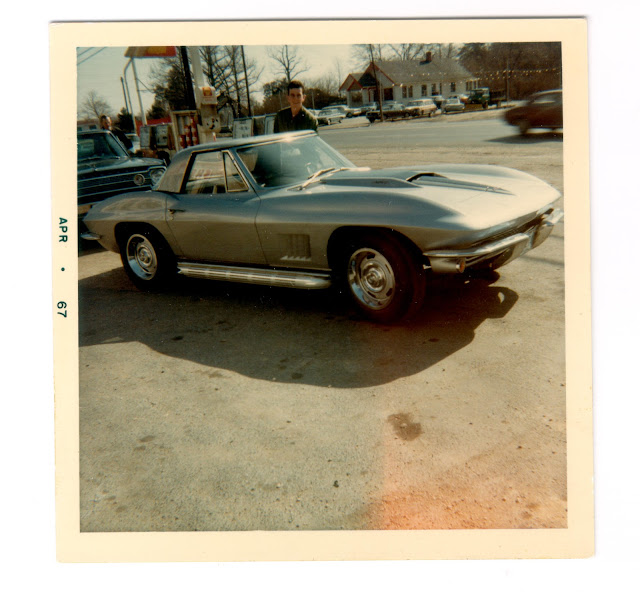 John lured me in to going to my first (legal -- not on the street) Drag Race.  We went to Aquasco Speedway in southern Maryland and won 1st Place trophies in our respective Classes on our first time out! 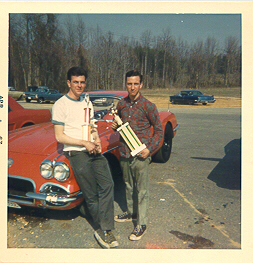 We were still teenagers, racing against all those "men" at the drag strip!

Many years later, when it came time for me to choose a photo to go on the cover of Beltsville Shell, there was never any doubt about the photo I would choose.  Nothing came close to the photo above in capturing the real meaning of Beltsville Shell -- lasting friendship -- cool cars -- driving fast -- having fun!

Even though I moved to California 46 years ago, we have remained close friends.

John attended the first Beltsville Shell reunion, and many more since then. 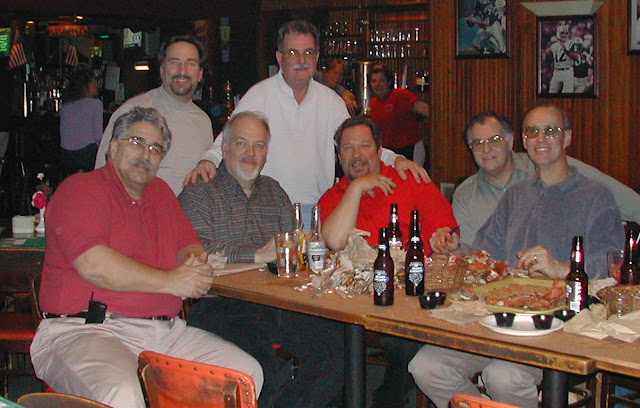 Thank you, John, for a lifetime of memories and friendship.

Happy birthday -- and here's to many more!

at May 13, 2022 No comments:
Email ThisBlogThis!Share to TwitterShare to FacebookShare to Pinterest

As I wrote Beltsville Shell I wanted to capture the people, places, and events of our time in a small town between 1965 and 1974.

As Bob Wallace, Editor of Vette magazine wrote in his book review of Beltsville Shell:

BELTSVILLE SHELL should unleash a flood of memories for anyone who grew up in the '60s and early '70s. It's not, however, purely an exercise in warm and fuzzy nostalgia, filtered through rosy-tinted glasses and three decades. The joys and exhilaration of street races are recounted, as is the emotional body blow of the deaths of three different friends in two violent, high speed crashes.

Today, April 30 2022 is the 50th Anniversary of one of the saddest days in Beltsville -- the passing of John Emory "Peewee" Thompson. 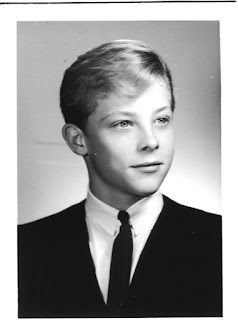 50 years later, Peewee continues to live on in our fond memories of him and our times together.  I was happy to capture some of those adventures in the book. 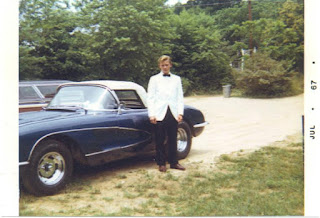 Better still, is the tribute that a few of Peewee's closest friends made to him at the National Corvette Museum. 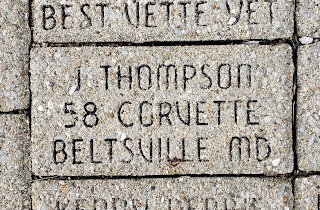 I think it is nice that Peewee and Sonny are together there.

RIP John -- we will never forget you.

at April 30, 2022 No comments:
Email ThisBlogThis!Share to TwitterShare to FacebookShare to Pinterest

I'm finding it a bit surreal that some of my closest Beltsville Shell buddies have become nonagenarians!

90 years is a major milestone.  In addition to celebrating Bob Vollmar's 90th Birthday at the end of 2020, Nan and I got to experience two 90th birthdays in recent months for two legendary guys.

The first was for Bonneville legend, Lou Bingham.  Below is a photo from 2016 at the Salt flats -- Lou on the left, Thomas Payne -- who is a champion of Beltsville Shell and the guy who introduced me to Lou -- and yours truly.

Lou's daughter, Denise, arranged for a surprise party and Nan and I were lucky enough to be on the guest list.  We snuck into a lively spot on a Sunday afternoon -- Societe Brewing Company -- along with dozens of Lou's friends. 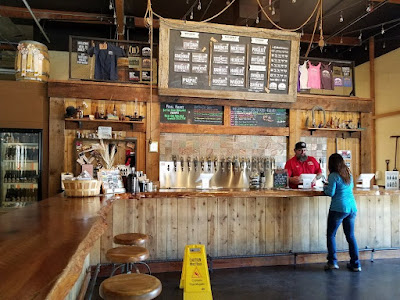 Although we didn't know anyone there, everyone was so friendly and many people told us their stories of long-time friendships with Lou.  This guy is majorly loved by the many, many lives he has touched.

Denise had arranged for one of Lou's friends to bring him to the brewery at the appointed hour.  Everyone was careful to park their street rods a few blocks away so as to maintain the element of surprise. Here we are awaiting the entrance. 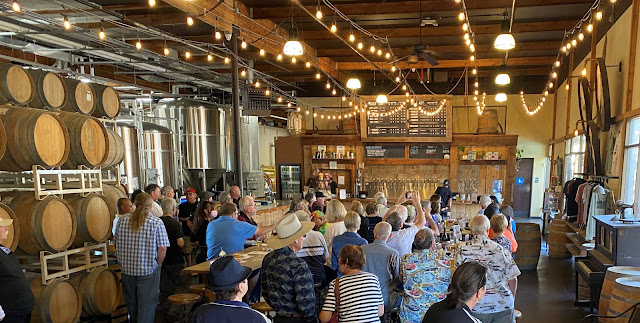 The planning was perfect, and Lou was completely surprised! 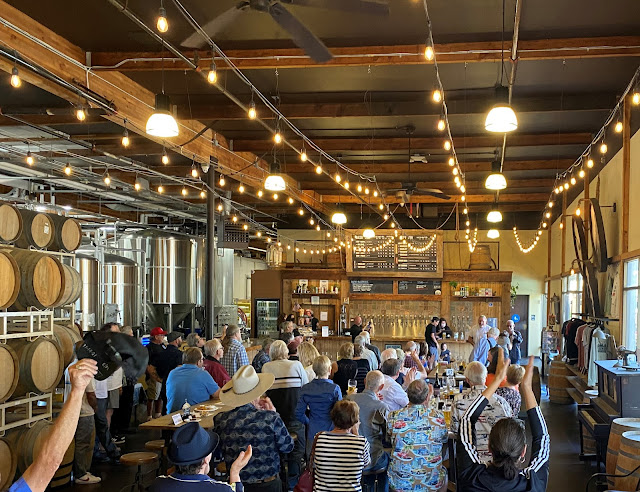 This is the card we prepared for the party -- before we arrived.  After being there with his friends and family, and hearing all the many testimonials to Lou and his life, I guess the card got it just right!

Plus, we included a Beltsville Shell Sticker as a gift! 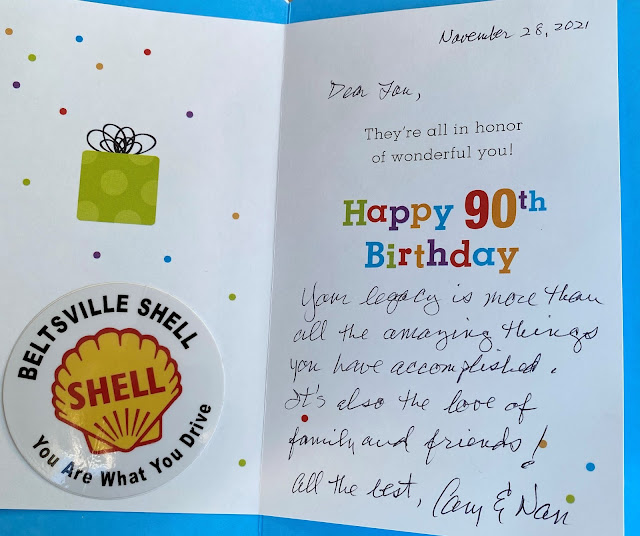 Thank you, Lou, for including us in your very special day! 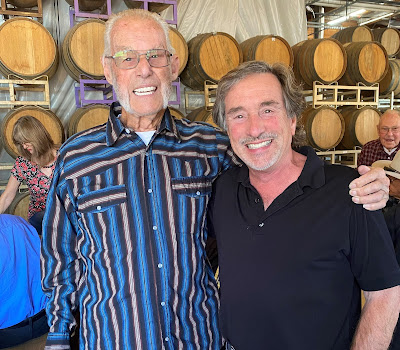 The second party wasn't a surprise, but was equally enjoyable.  This time the birthday boy was Bill Hatch, our neighbor and the original owner of a 1957 Corvette.

[Author note: Cary swears that Bill holds the World Record for the longest period of ownership of a Corvette by the Original Owner.  Bill bought his 1957 Corvette from his local Chevy dealer in April 1957 and still owns the car today -- 65 years later!]

Here is Bill with two of his greatest loves -- his wife Marylyn, and his 1957 Corvette. 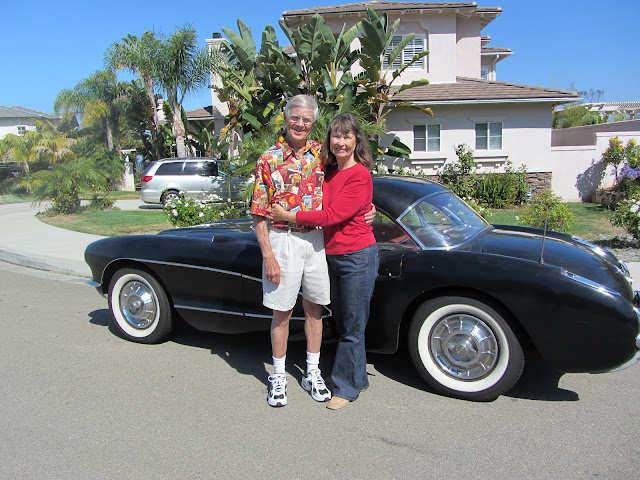 Marylyn and Bill's daughter, Lisa, arranged for a wonderful evening at the Seabird Resort, at the water's edge in Oceanside.  The guest list was small -- just immediate family and three couples -- Nan and I were honored to be included in this intimate setting!

Greeting the guests were Lisa, Marylyn, and Bill's Grand daughters Lindsay and Sarah. 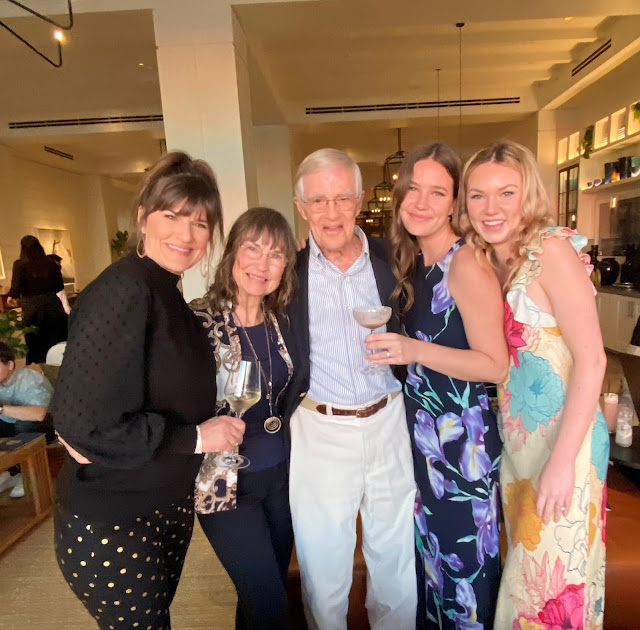 We were first treated to champagne and a classic winter San Diego sunset. 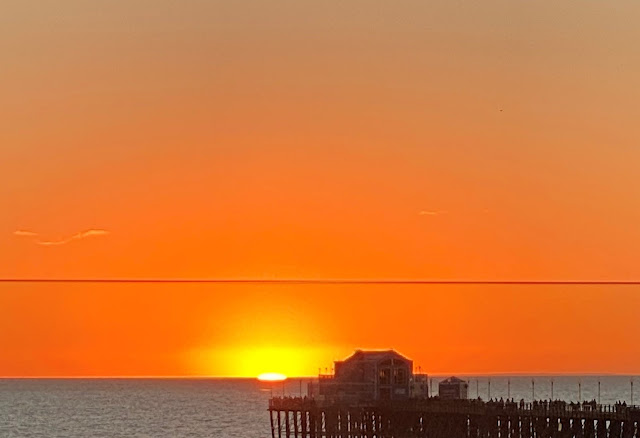 Bill greeted all of us with his ever-present smile. 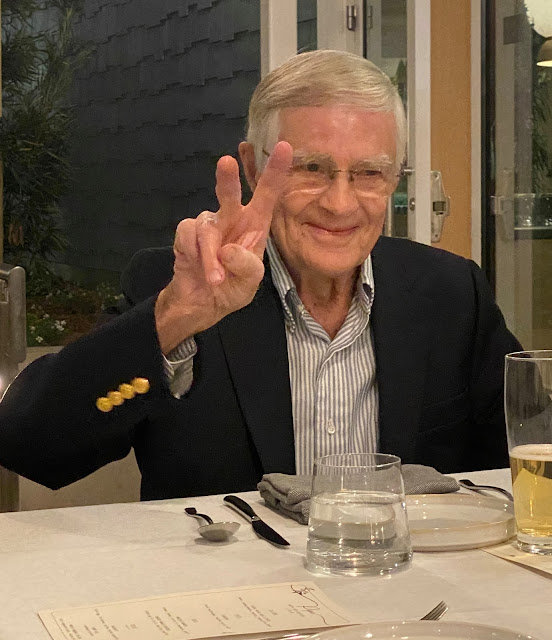 Next was a delicious meal in a private patio. 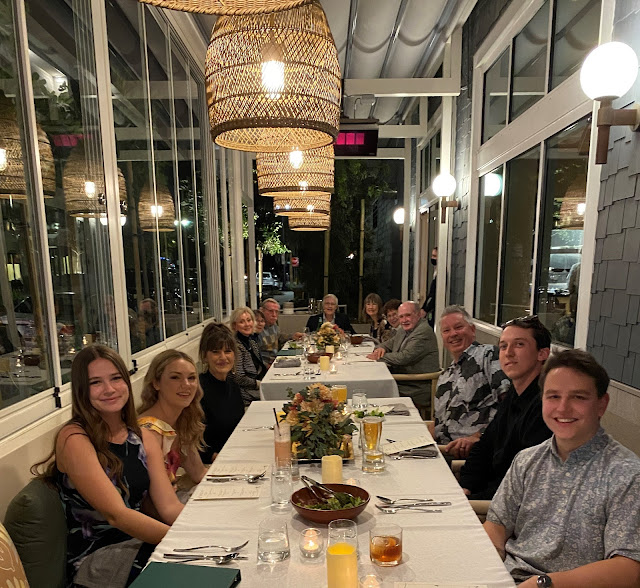 And the evening ended with birthday cake and a heart-felt speech from Bill. 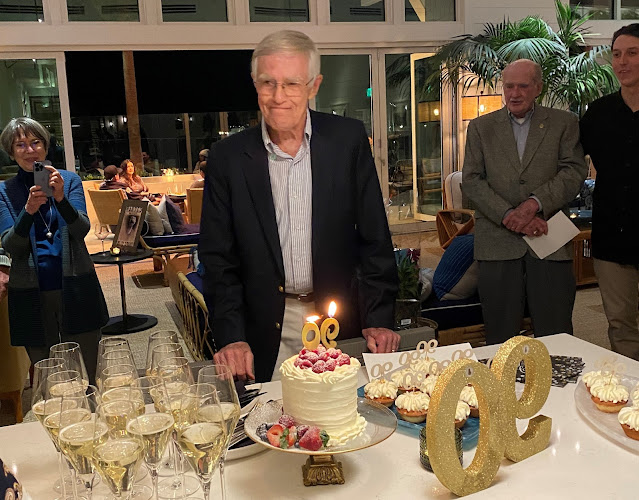 Bill is about as good a friend as you could ever find. 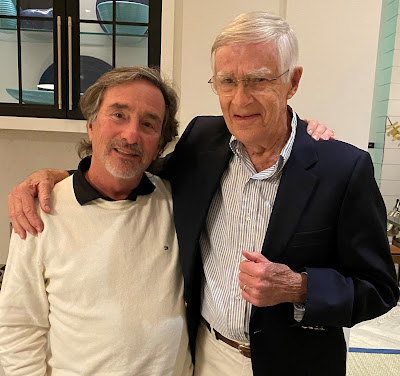 To Lou and Bill -- I'm looking forward to celebrating #100 with both of you in about 10 years!