The original Beltsville Shell is long gone.  But there are three reincarnations of this wonderful phenomenon:

Beltsville Shell "East" is, of course, Herman's Garage -- the mecca where we all go for the annual BSYAWYD Reunions.  And, as is fitting, it is located in Beltsville, Maryland.

But, did you know that there is a Beltsville Shell "Central"?  It's true -- and it is located in Philo, Illinois.

You might ask, "Really?  How did this happen?"  Here is the story:

Sometimes I wonder how many friendships have been kindled, or rekindled, by “Beltsville Shell: You Are What You Drive”?

Back in Beltsville, the book has been a magnet that has drawn together life-long friends, sometimes after long periods of separation.  The book helped me reconnect with so many Maryland friends from my 45+ year exile in California.  I don’t think that would have happened without the book as a catalyst, and I will be forever grateful for these rediscovered friendships.   The phenomenon is exemplified in many ways, but most prominently in the Reunions.

Perhaps more impressive is the way the book helped me make new connections with complete strangers who lived the same experiences as are described in the book.  Many readers will write me letters, or send email messages describing how my memories match theirs.  I’ve saved each letter and message as validation that the long road to completing the book was worth the effort.    There is no better example of these connections than the friendship that I enjoy with Thomas and Chris Payne and Lou Bingham.

Here is how Thomas Payne describes the forces of Nature that brought us together:

"I was an international airline pilot for Continental Airlines and by my choice, frequently flew the same routing for months or years at a time. As such, I tended to fly with many of the same cabin crew members and would get to know many of them much better than if I only flew occasionally with them. Linda Seymore, (Wayne Cowie's wife) was a frequent flight attendant on my flights to Sao Paulo, Brazil. Over time I told her about my restoration of an old auto repair shop and how I subsequently established a web thread about it hosted by Garage Journal entitled "Restored 1930's Auto Shop". She told her husband, Wayne, about it. Wayne started to read the thread and came across my recommendation to all auto enthusiasts to read a book titled Beltsville Shell. He then told Linda to ask me next time we flew together if I'd like to sometime meet the author, Cary Thomas since he lived just a few blocks from Wayne and Linda.

"From that suggestion flowed the fact that Cary lived near Lou Bingham who had also read Beltsville Shell. Lou was a big fan of Cary's and when Chris and I visited with Lou in San Diego, we made arrangements via Wayne to meet Cary and Nan. So, I got to meet Cary in a very round about, serendipitous way for sure!

"On my Garage Journal thread, 'Restored 1930's Auto Shop' in 2012 we had started what evolved into the 'Brotherhood of the Traveling Book'.

"From my recommendation to read Beltsville Shell, one of the first readers of the book from the thread suggested to share the same copy of the book when they were finished reading it by mailing it to the next reader on a waiting/mailing list we established on the thread. The BOTTB eventually sent the same copy to over 75 different readers, it crossed the Pacific twice going to New Zealand and Australia on separate occasions, to Europe, Scandinavia, England, Wales and Scotland. It's circulated around the USA and Canada on 4 different tours. Just look at the maps showing its travel overseas and a sample of various signoffs by readers over the years." 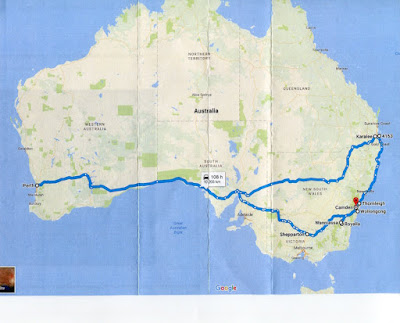 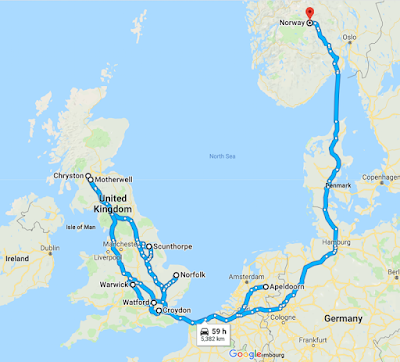 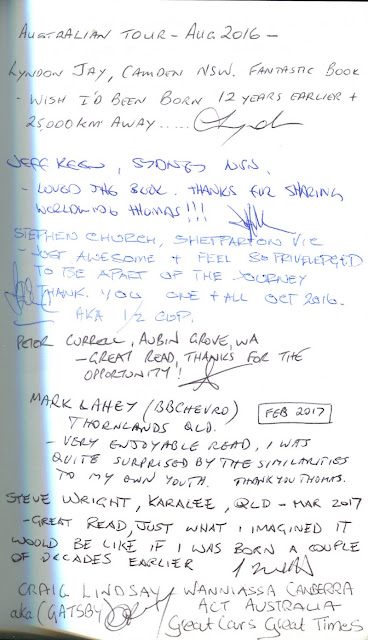 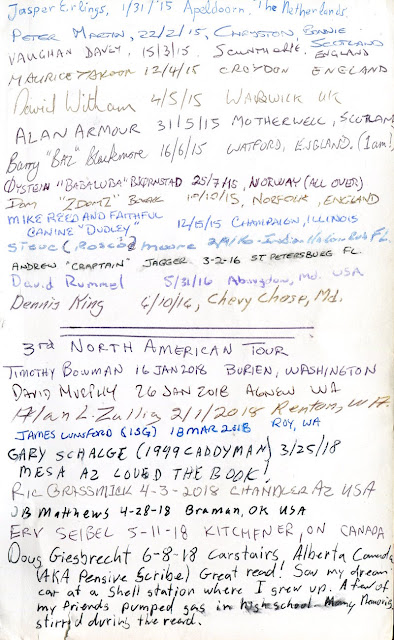 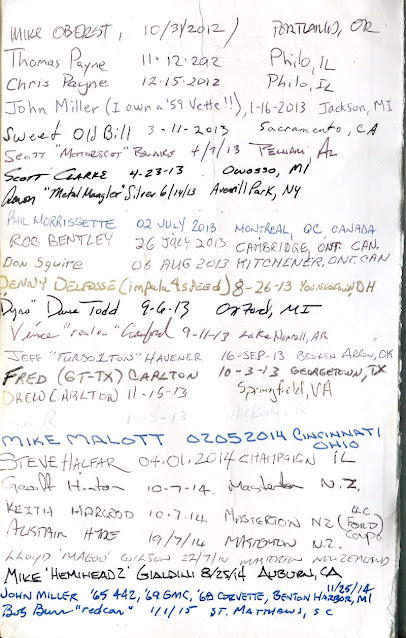 Who needs a publicity firm when you have Thomas Payne, right?

Through all these activities, since 2014, we have been able to visit with Thomas, Chris, and Lou in our home.

Don and Shirley join me and Nan in hosting these special guests. When they come to visit we always have a blast.

Our friendship with Thomas and Lou resulted in an amazing experience in 2016.  They invited me and Don to join them at Speedweek in Bonneville to witness the land speed record attempts of racers from around the World.  Because of our friendship with Lou, a legend in his own right at Bonneville, we secured the ultimate spot to observe the time trials -- at the starting line!

Equipped with our USC pop-up, plenty of chairs, and a cooler full of sandwiches and drinks (provided by Nan), and cigars, we were styling in the "Bingham Suite"!  Here is a photo of Lou, Don, and me in the Bingham Suite resting between runs shielded from the relentless Sun at the starting line. 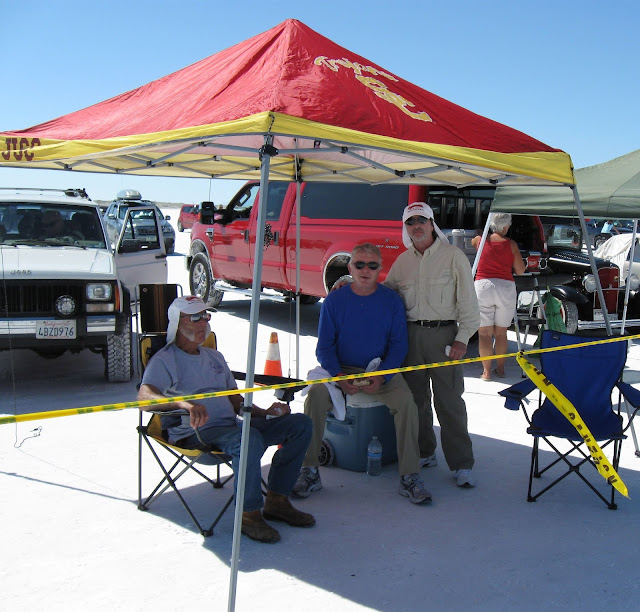 Did I mention that we had cigars? 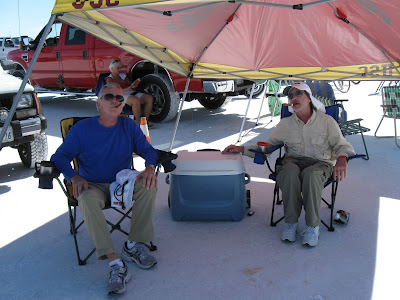 From this vantage point we witnessed all the cars and motorcycles lining up to make their record attempts.  It's amazing that we could walk right up to the racers to talk with the drivers and tech crews as they prepared for their run down the pristine white salt.  Here Thomas and I are admiring one of the race cars. 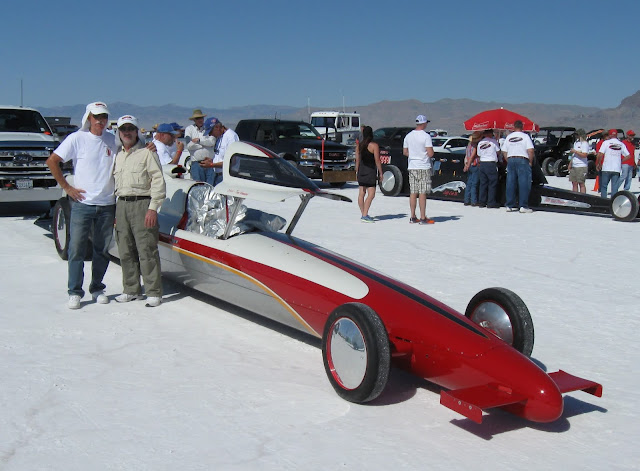 Lou and Thomas had special Press Credentials and were allowed to enter the staging area. 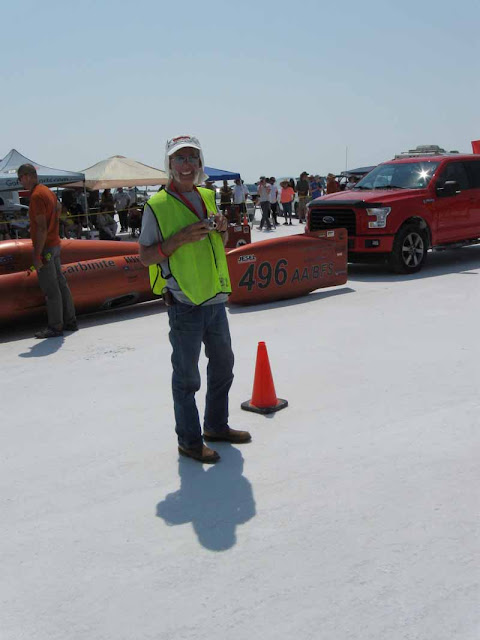 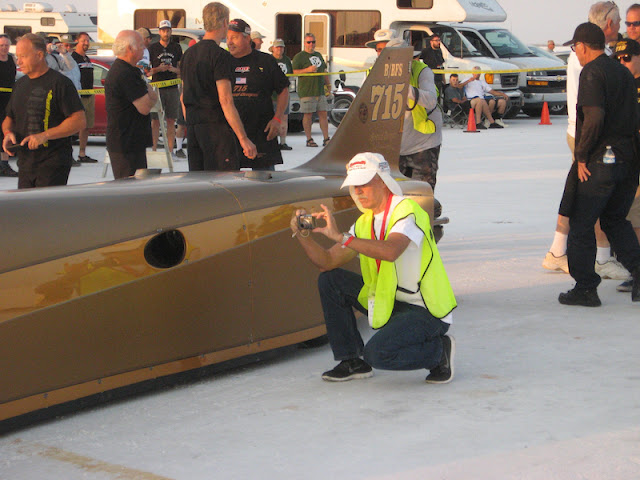 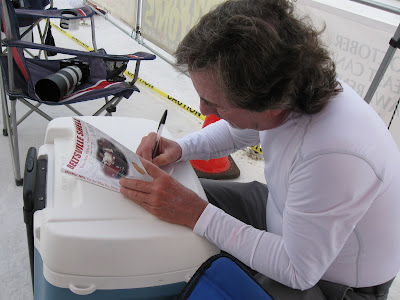 We even experienced history being made by Danny Thompson, son of Mickey Thompson, in the restored and updated Challenger 2.  In the background you can see Lou and Don watching the preparations for a World Record run. 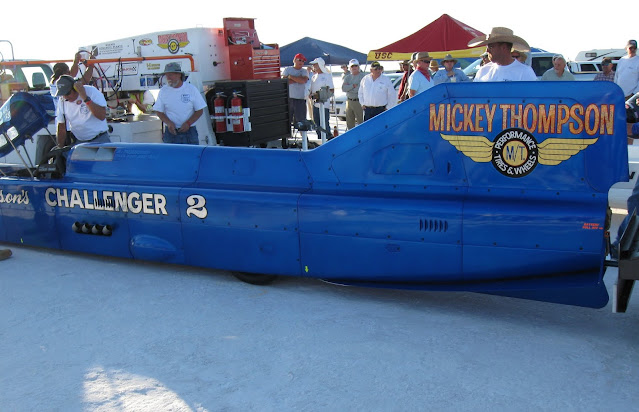 The entire, amazing, story is told in my blog post from August 2016 (below).

In 2018 Thomas, Chris, and Lou came for another visit to Beltsville Shell West.  Thomas and Lou went for a test drive in Don's new C7 Stingray. 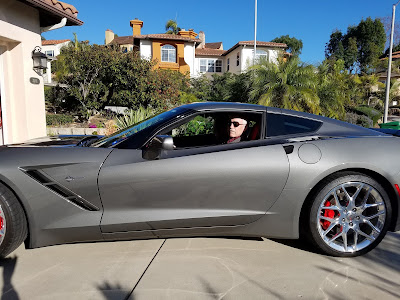 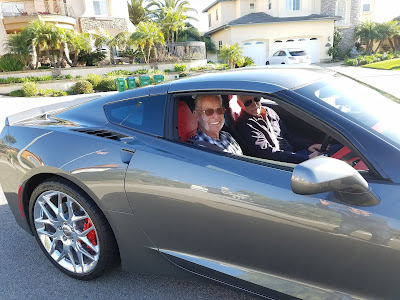 This event was a contributing factor to Thomas pulling the trigger to buy his own C7 Corvette shortly thereafter (see photo below).

Everybody loves Go Karts, and Thomas and I share the experience of owning Karts in our youth. So it was natural that the visitors needed to visit the Kart section of Beltsville Shell West. Sparkle, Buff, and Shine were all ready for inspection. The weather was so nice that we decided to take Shine for a spin. Here is Don enjoying Vintage Karting on the Seaview Way Race Track while Thomas and Lou were out cruising in his new Stingray. 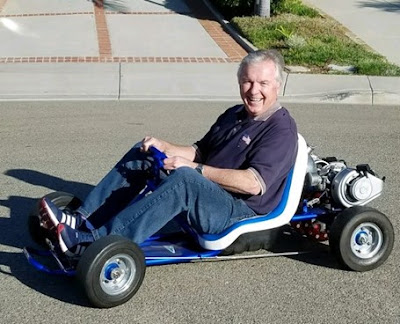 As soon as Thomas and Lou returned, Thomas had to take a spin in Shine. 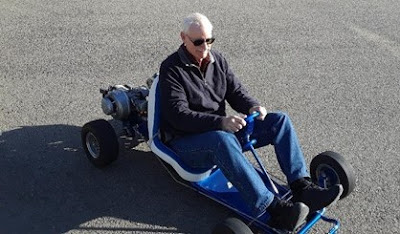 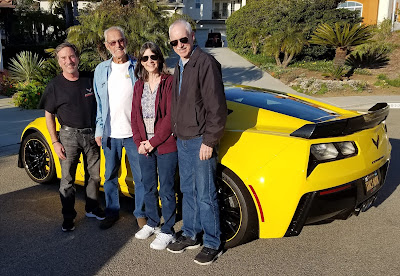 Over these seven years of visits, Thomas, Chris, and Lou have become the biggest promoters of Beltsville Shell.  The book is frequently featured in Thomas' Garage Journal postings, and his posts to the Corvette Forum.  Every time he makes a new post, we receive a blizzard of book orders.

More importantly, as noted above, Thomas has been the Godfather of the World-traveling copy of Beltsville Shell -- exposing the book to car people all across America and in many foreign countries.

Brotherhood of the Traveling Book - Part 1

Brotherhood of the Traveling Book - Part 2

In addition to supporting my book, Thomas has provided invaluable assistance to me on: choosing parts for my cars and Karts, making repairs and restorations, and buying and selling Corvettes and Karts.

Thomas and Chris live in Philo Illinois, commonly known as "the Center of the Universe"! 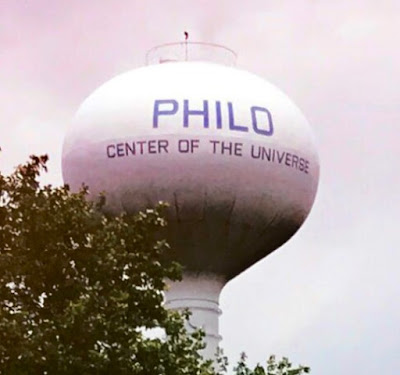 Because of all their support, I hereby declared Thomas' garage Beltsville Shell Central. 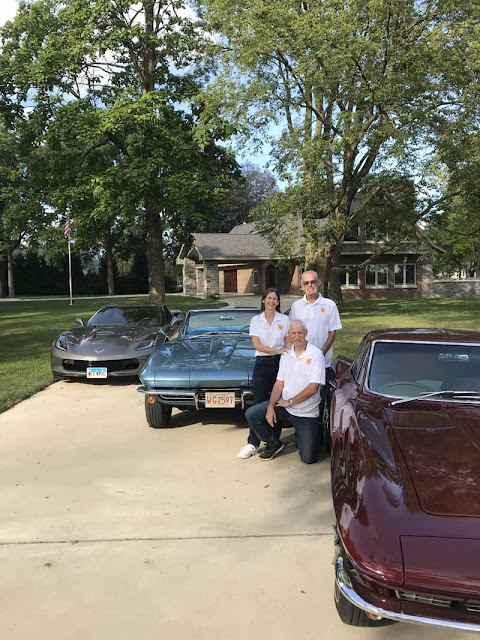 Thank you, Thomas, Chris, and Lou for all your support and friendship for all these years.

at May 19, 2021
Email ThisBlogThis!Share to TwitterShare to FacebookShare to Pinterest